I went to see this movie with six other people, ranging from die-hard Tolkien fans to those who were tagging along mostly just to see a movie with their friends. At the end of this three-hour adventure, the impressions were unanimously positive, and I can't help but agree.

This movie is very clearly - far more clearly than the book, if you ask me - a prequel to the Lord of the Rings films. A lot of the added material, much of it events that are implied or could have easily happened off-stage in the original story, sets up the relationships between such powerful players as Saruman, Gandalf, Elrond, Galadriel, and even the goofy but nevertheless very wise Radagast. This is the prelude to war, even though the war doesn't come about for another sixty years, and you can see the cunning of Gandalf as he moves his chess pieces onto the board and begins to carefully position them for the battle to come.

I had been wondering before seeing the film how they were going to take a book that was shorter than any of the three LotR novels, and expand it out into three whole movies. I think ultimately they did a serviceable job, although it is clear in some areas that things were done for the sake of making a good show of the story, rather than sticking to the narrative. One good example of this is the battle between the storm giants. I think this was an okay sequence, but at the same time, it could have been skipped or just reduced to "this storm is too much for us, we need to find shelter!". The storm giants are mentioned in passing in the book, but that's it. For the most part, I think that's going to be what we see in the next two films - things mentioned in passing or just touched upon in the book are going to be expanded into their own complete scenes, and we'll have to judge for ourselves whether this is just Peter Jackson playing around in Middle-Earth, or if it ultimately adds to the story in a meaningful way.

One aspect of the film that did actually bother me was the reliance on CG for the orcs and goblins. In the first three films, while there was some CG enhancement and sequences (the huge fights, the Moria goblins spider-climbing along the caverns, etc.), When seen up close and personal it was clear they were extras in costume. In this film, there might have been a bare handful of costumed and made-up extras, but the vast majority of bad guys are either wholly digital, or motion-captured like Gollum. I think it took a little something away from the spirit of the film, but such is the reality of making movies in the 21st century.

Regardless of a few quibbles I have about such things, I think this was an impressive movie, and if the next two films can maintain the standard set by An Unexpected Journey, I think this trilogy will stand tall next to their older siblings.
Posted by Jack Badelaire at 10:17 AM 2 comments

Email ThisBlogThis!Share to TwitterShare to FacebookShare to Pinterest
Links to this post
Labels: fantasy, movie reviews, movies, the hobbit 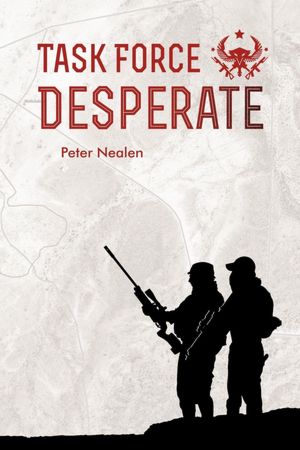 Former Recon Marine Peter Nealen has written an excellent debut novel, another in a great new class of 21st century paramilitary men's adventure novels that we've begun to see over the last few years. With over a decade since the Global War on Terror started, there is now a whole new class of veteran/author emerging at a time when the ebook and indie book publishing world is making it easy for someone with a deft pen and some great creative talent to make a name for themselves in the world of action-adventure fiction.

Task Force Desperate focuses on a small, hearty band of mercenaries called in to perform a reconnaissance after a US base in Africa is overrun, with two hundred hostages taken. Probably the most interesting aspect of the novel is the dystopian, near-future world Nealen has created. Although no exact year is given, the reader is given the impression it is only a handful of years into the future, but the world has taken a nasty turn for the worse. The US economy has collapsed, and with it a lot of the global economy, coupled with uprisings and destabilization all around the world. This subtle shift in timeline, coupled with the encyclopedia of African and Middle Eastern factions that are mentioned or make an appearance in the book, means that if you're not on top of your global current events and poli-sci, your eyes might glaze over a little bit in certain parts of the book. I don't ding Nealen any points because of this - it means the reader simply needs to pay attention. The book is written to a certain audience, particularly those people who pay attention to world events, military technology and tactics, and enjoy reading about a crew of crack operators kicking down doors and double-tapping bad guys in the X-ring.

Thankfully for Nealen, this sort of fiction has a pre-fabricated audience: former runners and gunners like himself, guys who've played in the sandbox, know the dope, and are also smart, savvy, articulate professionals who'll talk geopolitical trends one minute, the advantages of the .338 Lapua Mag the next, and maybe even settle in for a few beers and some Call of Duty on a lazy Saturday afternoon. These guys might like to call themselves "knuckle-draggers", but to be fair, many of them are or will become college-educated, and possess a lot of skill in assimilating data, dynamic problem-solving, and other cognitive skills. In short, they're smart people, and they can appreciate a smart, complex story like Desperate.

I should perform my due diligence and point out that the action sequences are top notch, flow quickly, and really keep you flipping pages. Nealen isn't above killing characters off, and things get pretty messy before they...well let's face it - there's a reason the book's titled "Task Force Desperate"...

If you like sophisticated, well-written action, give this a read - you won't be disappointed.
Posted by Jack Badelaire at 10:27 PM 2 comments

Operation Arrowhead Gets A New Cover!

This week marks the arrival of a new cover for COMMANDO: Operation Arrowhead. The cover was created and designed by Ander Plana, a highly-talented artist I found on DeviantArt.com.

Ander has created for me this cover for C: OA and he's in the process of making a cover for Operation Bedlam, the second book in the series. He's also provided to me individual pieces for each of the four characters featured on this cover.

While I thought my old cover was...functional...I think the new cover is not only a lot more professional-looking, but serves to portray the feeling of the book a lot more accurately. Several people have compared the novel to the old British Commando Comics, and so I think an illustrated cover fits the bill nicely.

To go along with the new cover, I've revised the novel, and in addition I have included the short story, "The Train to Calais". I did this mostly for those who buy the paperback version of the book, as the short doesn't have a print version. However, to keep the print and Kindle versions the same, I included the short in the ebook version as well.

Anyhow, thank you all for your continued support, and I hope you enjoy the new cover!
Posted by Jack Badelaire at 9:00 AM 0 comments 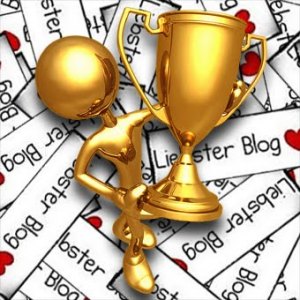 Sean over at the Civil War Horror Blog has been kind enough to nominate PMP for the Liebster Award, a great way to get people to shine a light on some excellent, but less-traveled blogs. Sean's a writer for Osprey books (an invaluable research source for my WW2 writing) and he's also an accomplished travel writer, recently doing a multi-part travel blog about Iraq for Gadling. Even if the Civil War isn't of much interest to you, Sean's blog has something for everyone.

Back to the Liebster Award. Allow me to provide the the rules for accepting the Award:

Pass the award to your top 5 favourite blogs with less than 200 followers by leaving a comment on one of their posts to notify them that they have won the award and listing them on your own blog.


As I stated on Sean's blog, I don't know if it's a good thing or a bad thing that five of the most interesting blogs I regularly read have less than 200 followers. But hopefully this will do them all a service and drive traffic their way. Here goes:


Atomic Pulp & Other Meltdowns is authored by fellow Mainer, Christopher Mills. Chris is a trained comic book and graphic design artist, and he's also done a fair bit of writing himself. Chris maintains a number of blogs, but I think AP&OM is his best. Chris has a taste for 70's and 80's action movies and television that I can relate to, and while I'm not that interested in comic books, Chris presents a lot of classic comic material in such a way that I can still get a lot out of his posts. If you're interested in sci-fi/pulp/action/kickass media, Check out Chris's blog.


Rough Edges is the blog of veteran author James Reasoner. An author with decades of experience under his belt, RE is not only a great resource for finding new books to read, but James is one of the many traditional authors who is delving into the e-pubbing revolution. He's releasing new titles of varying lengths, from whole novels to short novellas and lots in between, as well as getting his old titles back into circulation again, some of these for the first time in decades. Even if you're not a fan of the Western fiction genre, Rough Edges is worth visiting on a regular basis for new book releases as well as a ton of other great content.


Adventures in Writing is owned by another long-time author, Mel Odom. Like James, Mel has been diving into the world of e-publishing with both feet forward, penning new works, partnering with other authors, and promoting various books written by both new and veteran authors. Mel has a love for many genres, from Western to Sci-Fi, to Urban Fantasy, Military Adventure, and the list goes on and on. I've bought a number of ebooks over the last couple of years on Mel's recommendations, and most of the time, I've found he's been spot on.


Arcadia Prime was originally created by my friend Dan Eldredge as a place to post his battle reports for the Warhammer 40,000 military sci-fi wargame. But over time, Dan has expanded AP to include the occasional book review, studies in creating wargaming terrain, vehicle modeling, and a number of studies in camouflage and camouflage painting techniques. Recently, Dan's become interested in the WW2 wargame Flames of War, and has written about it as well. Furthermore, Dan is not only a longtime friend, but he serves as  one of my most faithful sounding boards for my writing, and last month, he entered into the forlorn ranks of us indie publishers with his new novel, The Pirates of Alnari.