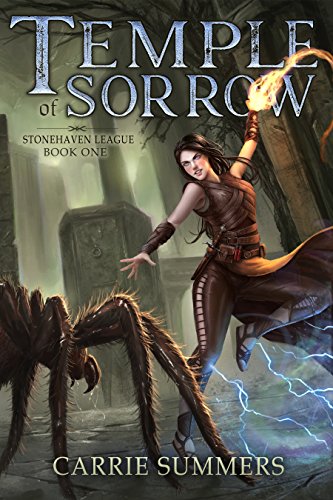 The "LitRPG" genre of fiction is...a weird one. It's not actually that new, however. The premise is that these stories revolve around characters who exist within a "game world", i.e., a world that is artificial and created as part of a game. The degree of artificiality in LitRPG stories can be very obvious, or the world can feel completely real, but still exist only as a result of some kind of game.

The first novel that I know of which seems to fall into this kind of genre, although it wasn't called LitRPG at the time, was Andre Norton's 1978 novel Quag Keep, a story about a bunch of adventurers in a medieval-type world who are actually people from Earth who were playing a role-playing game. Given that Dungeons and Dragons was roughly four years old at the time Quag Keep was published, Norton got on the bandwagon fairly early. Many others have followed over the years, one of the most notable being Joel Rosenberg's Guardians of the Flame series, which started in 1983 with The Sleeping Dragon. Beyond the written word, one would consider the '80s Dungeons and Dragons cartoon series to be a form of this kind of genre, as would, I feel, the movie TRON.

But the modern form of the LitRPG novel is more commonly based around computer games, and more specifically, not people transported to worlds, but rather, immersed in them through play. As virtual reality is more common these days in gaming (and is growing bigger every day), the idea of putting on VR gear and submerging yourself as your character in a game world is very real. In fact, Ready Player One  is a perfect example of this.

Enough background, though. Author and former (?) game developer Carrie Summers has written an engaging series of LitRPG / GameLit novels, which in the "real world" are set a few decades in the future, where virtual reality gaming has extended all the way to cybernetic implants that dump the virtual reality of the game right into our brain's perception of reality. In her first book, Temple of Sorrows, a young woman named Devon leaves her crappy job to work as a kind of "super-tester" for a gaming company, Relic Online, in order to push the game and it's artificial intelligence to the limits of what a capable, creative player can do. 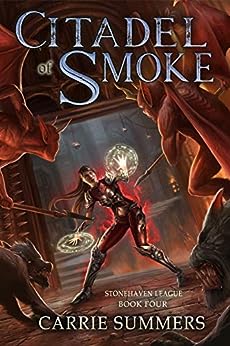 Devon logs into the game, stunned at how the direct neural connection to the game world seems so incredibly real - she can feel the wind and the sun, the grass under her feet and the cloth of her clothing. Yet, the world still acts as a Computer Role-Playing Game. She has skills and abilities and she gains experience and levels up. When she kills a monster, the touch of a blade turns the monster's body into "loot" that can be used for other things. Anyone who has played a computer RPG in the last...twenty years or so will be familiar with the tropes of the world and its setting.

I don't want to give the plot away, but suffice to say, there is plenty going on in both the real world and the in-game world. This leads to dangers on both sides for Devon, something that I found interesting as it kept the story from being completely about her adventures in-game, and raised the stakes a little. And while this book is probably perfectly fine for a YA audience, there is a good deal of violence going on, so those who want action will get that, while those who like the puzzle-solving and "game-ness" of a game world will also have something to look forward to.

Overall, this is an enjoyable series. If I remember right, I've read the first three books, and I am just starting the fourth. with six books currently in the series. These books are all available in Kindle (for purchase or Kindle Unlimited) and paperback, and the first four are currently available as audiobooks. If this seems in any way interesting to you, I definitely recommend checking them out.
Posted by Jack Badelaire at 5:05 PM