Dungeons and Dragons was the first pen-and-paper tabletop role-playing game I ever encountered. I started playing in the summer of '93, when two of my friends had the "Big Black Box" edition of the DnD Basic Rules set. For those of you who know what the BBB version is...well I don't need to tell you anything. For all you newbies out there, this was a really big intro boxed set that had a ton of "rules cards", a big map adventure, tiny cardboard monsters and PCs...basically everything you'd need to play the first few levels of your characters - which is not unusual for the D&D boxed sets - but in a larger format, with full-color maps and cardboard counters.

Up until this point, I really hadn't been into "Fantasy", but I had read the first three Dragonlance books (that's a post for another day), and so I had some idea of what I was getting into. Needless to say, I was immediately hooked - in fact, far more than the two other people I was gaming with. I quickly bought the 2nd Edition Player's Handbook, Dungeon Master's Guide, and Monster Manual, and the over the next few years, I bought EVERYTHING that TSR produced - settings, Class handbooks, DM's guides...the works. The biggest problem, unfortunately, was lack of players, since I was living in a fairly rural small town in Maine, and my high school peers, for the most part, weren't interested in gaming.

When I moved off to college in 1995, I brought most of my gaming materials with me, certain that I'd be able to find a DnD group at a large urban university. But of course, as soon as I found some nerdy brethren and asked who played D&D, I received mocking laughter. "We don't play that game, you dork. We play White Wolf games. Those are real role-playing games". 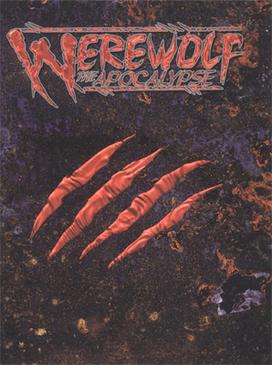 I got sucked into a Werewolf: the Apocalypse game, and really enjoyed it, and I played a little Vampire and a little Mage as well. My RPG tastes began to grow, and I started buying other games, surprised that there were dozens of games put out by a wide variety of publishers in any genre you could think of. And of course, this was the late '90s, when the Internet gave us the ability to communicate around the world and share documents online with each other, enabling the explosion of what is commonly known as the "indie gaming" revolution. New voices emerged in the industry, edgy people with games that strayed far from the staid boundaries of D&D, GURPS, Rifts, World of Darkness, and other, more established platforms.

Fast-forward twenty years, and the more things change, the more they stay the same. Dungeons and Dragons is now well into its fifth - and most popular - edition, and most of the old guard are still around in one form or another. But smaller, indie presses and self-published games continue to arrive on the scene almost daily. In addition, the disdain most D&D folks had for the 4th edition rules, coupled with the death of D&D co-creator Gary Gygax back in 2008 sparked the "Old School Renaissance", where many gamers went back to the old editions of the game, breathing life back into them and using the bones of their rules sets to create a huge variety of different games.

Over the decades, I've collected a lot of role-playing games. Far more than I ever have, or ever could, play. I don't know what the current number is, but it is probably creeping up towards a hundred different RPGs and/or editions. And yet, that barely scratches the surface of what's out there, even from larger game companies, never mind "indie" developers. It's interesting that Dungeons and Dragons is more popular and more mainstream than it has ever been, and yet, most people have no idea of the immense variety of games out there - settings, play styles, rules types - whatever your interests might be, there is likely a game for you. And, just to give a minuscule taste, here's a YouTube video I watched last night, which dips a toe into the fathomless pool of games out there:


Yes, the video is a bit long, but if you have any curiosity about role-playing games, it is definitely worth your time to watch, and certainly better than me trying to pitch a bunch of different games. Oh, and it is worth noting that of the ten games they mention, I only own one of these - Call of Cthulhu - and it's an old edition. So if I own nearly a hundred RPGs, and only 1 of them is on this list, that gives you some idea of the variety out there.

Posted by Jack Badelaire at 1:12 PM