Apologies for the lack of posting over the last couple of months - Real Life has been rather distracting, and I haven't gotten around to providing the usual semi-regular content here. Hopefully that will turn around as the summer gets into full swing!

Recently, after talking to author Mark Allen about the cover for his new novel, The Assassin's Betrayal, I was rather impressed with his experiences in finding and working with a new cover designer, Rebecca Frank. After some consideration, and looking at her website and portfolio, I contacted Rebecca and discussed her re-doing the covers for Killer Instincts and San Francisco Slaughter. After some back-and-forth over cover concepts and several drafts of each, I received the following covers, which I think are fantastic, and a massive improvement over the originals, both of which were designed by yours truly.

Below I've placed each of the new covers to the right of the old cover. 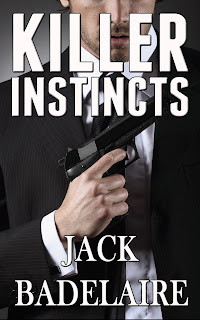 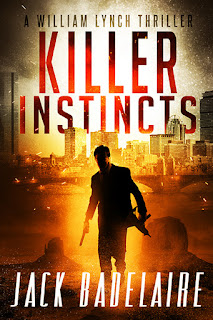 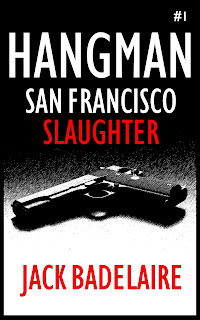 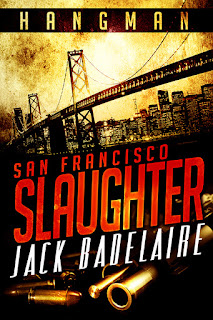 I don't think either of my covers is *awful*, but as you can see, there are certain benefits to paying a professional to do the work for you. Not only do you get what is simply a better, more professional-looking cover, but it adds a layer of professionalism to your book as well. Everyone I've shown Rebecca Frank's covers to has said something to the tune of "I can totally imagine that on a book in a bookstore", which is an excellent metric, if you ask me.
Posted by Jack Badelaire at 12:20 PM 3 comments