Since the summer of 2011, I have written and published a couple of short stories through Amazon's Kindle Direct Publishing, a way for anyone to create their own e-book and sell it through Amazon. 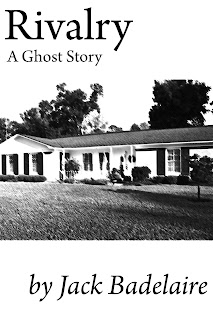 Owen is a kid obsessed with ghost stories, but he's never seen a ghost, or met anyone who has - until Doug moves into town. Owen soon learns that Doug's family is haunted by a ghost that follows them from town to town, an entity that can slam doors and throw coffee mugs, an entity that finds Doug's family no matter where they move.

Fascinated by his friend's haunting, Owen begs Doug to let him spend the night, hoping to have a ghostly encounter of his own. Doug reluctantly agrees to ask his parents' permission, but when Mike and Sharon say no, it's the ghost that throws the temper tantrum, forcing Doug's parents to agree to the sleepover.

Owen packs a "ghost hunting kit" and prepares for a weekend of thrilling supernatural encounters, but what he experiences will change his life forever...

This is a Short Story with a length of approximately 6,000 words.


NANOK and the Tower of Sorrows 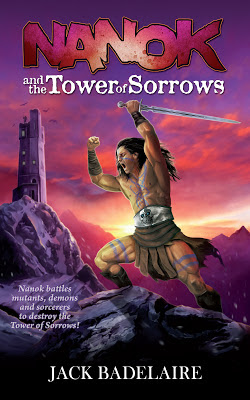 Nanok, wandering swordsman of the Iron Wastes, makes a deal with the Wizard King Midar to steal the mighty Sunsword from the Tower of Sorrows, lair of the dreaded sorcerer, Draaa'kon the Bleak. Battling a horde of shambling mutants, fearsome troll-kin, brutal guardsmen, and a monstrous horror conjured through the darkest magics, Nanok must learn the powerful secret of the Sunsword if he hopes to survive the ordeal...

NANOK and the Tower of Sorrows is a pastiche fantasy adventure short story written as light-hearted homage to many of the Sword & Sorcery creations from the 60's and 70's, such as Kothar, Kyrik, Thongor, and Brak the Barbarian.

This is a Short Story of approximately 11,000 words.

I'm about to jump into Kindle publishing, too. Not sure what to expect. How's your experience been?

Pat, feel free to email me any time.

The story was interesting. Can you please publish the whole story?