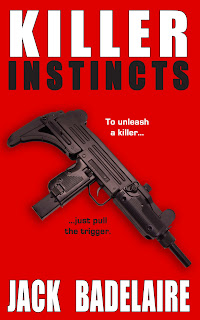 While on a romantic spring break in Paris, 21-year old William Lynch learns that his parents and kid sister have been murdered and his home burned to the ground, the brutal acts of a Boston crime syndicate.

Facing a life forever burdened by tragedy, William vows to seek revenge, and asks his uncle Jamie, a reclusive Vietnam vet, to join him on his mission of vengeance.  But Jamie can't bring himself to walk the warpath again; despite William's pleading, Jamie will not help him.

However, he knows someone who can.

Jamie introduces his nephew to Richard, a grizzled, mysterious ex-mercenary.  For a hundred thousand dollars, Richard will give William the retribution he desires with a hail of automatic gunfire.

But William wants to keep his vengeance personal, so Richard makes an unusual offer; if William gives him four weeks, Richard will train the college student in the ways of the killer-for-hire, giving him the skills he needs to seek vengeance on his own terms.

William hires Richard in order to achieve his revenge, but he never counts on what happens when he awakens the killer instincts within him.

The following links discuss and display the various firearms used throughout the novel:

Part Four: The Mooks and Gunsels